IKEA's ROTHULT NFC lock is an electromechanical lock that can be locked and opened with NFC tags.

The lock is supplied with two NFC master key cards. With these cards, the lock can always be opened and closed, no matter what state it is in and what NFC tag is used to close it.

In addition to these NFC master key cards, the NFC lock can be closed with the NFC tag types NTAG213, 215 or 216, MIFARE Classic chipset and DESFire EV1. Once the lock has been closed with such an NFC tag, it can only be opened again with exactly this NFC tag.

In the following we explain these two steps in more detail.

After the baterries (3x AAA) have been inserted, a signal sounds. The NFC lock is now ready for use.

To close the lock, we hold any NFC tag against the lock (valid tag types described in the introduction). The lock then closes.

After the lock has been closed by a foreign NFC tag as in step 1, it can only be opened again with exactly this NFC tag. Three short warning signals will sound when another NFC tag is held against the lock.

Exception: The two NFC master key cards supplied can always open the ROTHULT NFC lock, regardless of how it was locked. 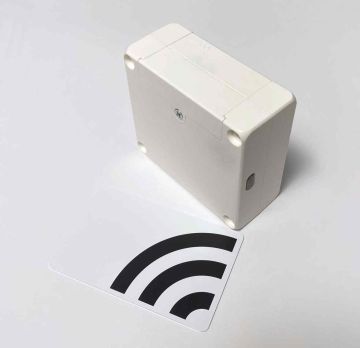 In this article we have described the basic functions of Ikea's NFC lock ROTHULT.

The special thing about this lock is that it can only use one foreign NFC tag at a time (close and open). This means that the lock can be used by different people without having to pass on a fixed key.