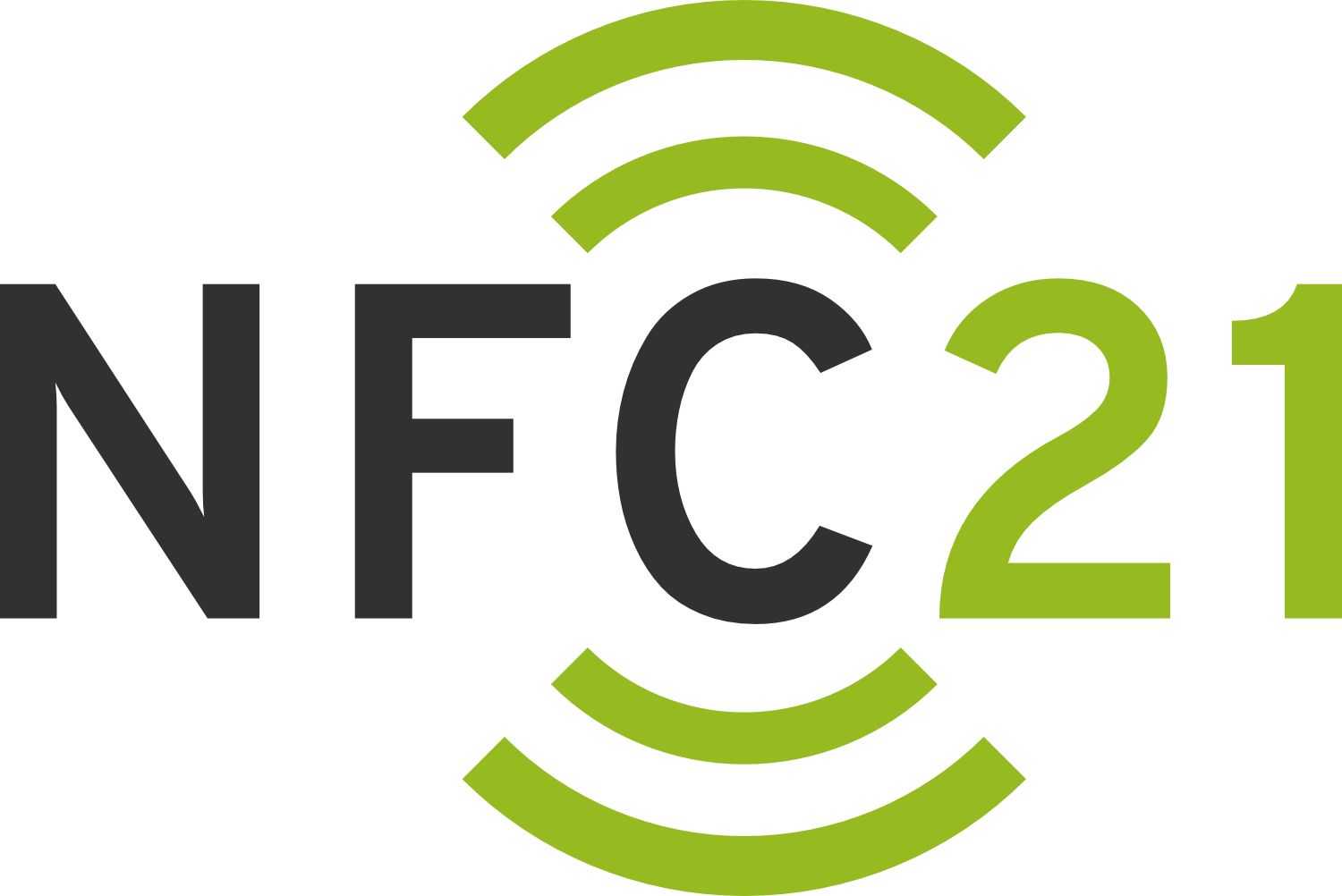 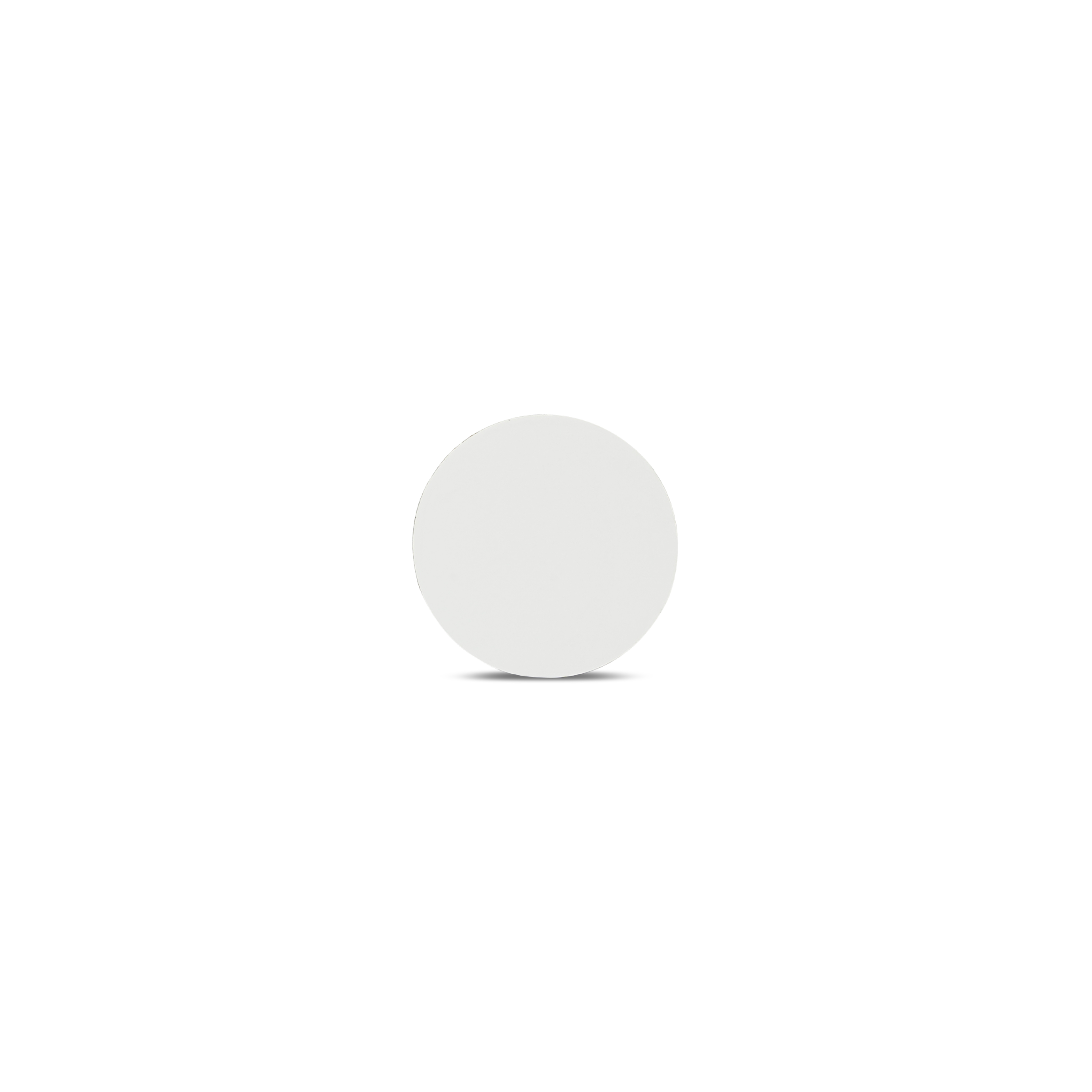 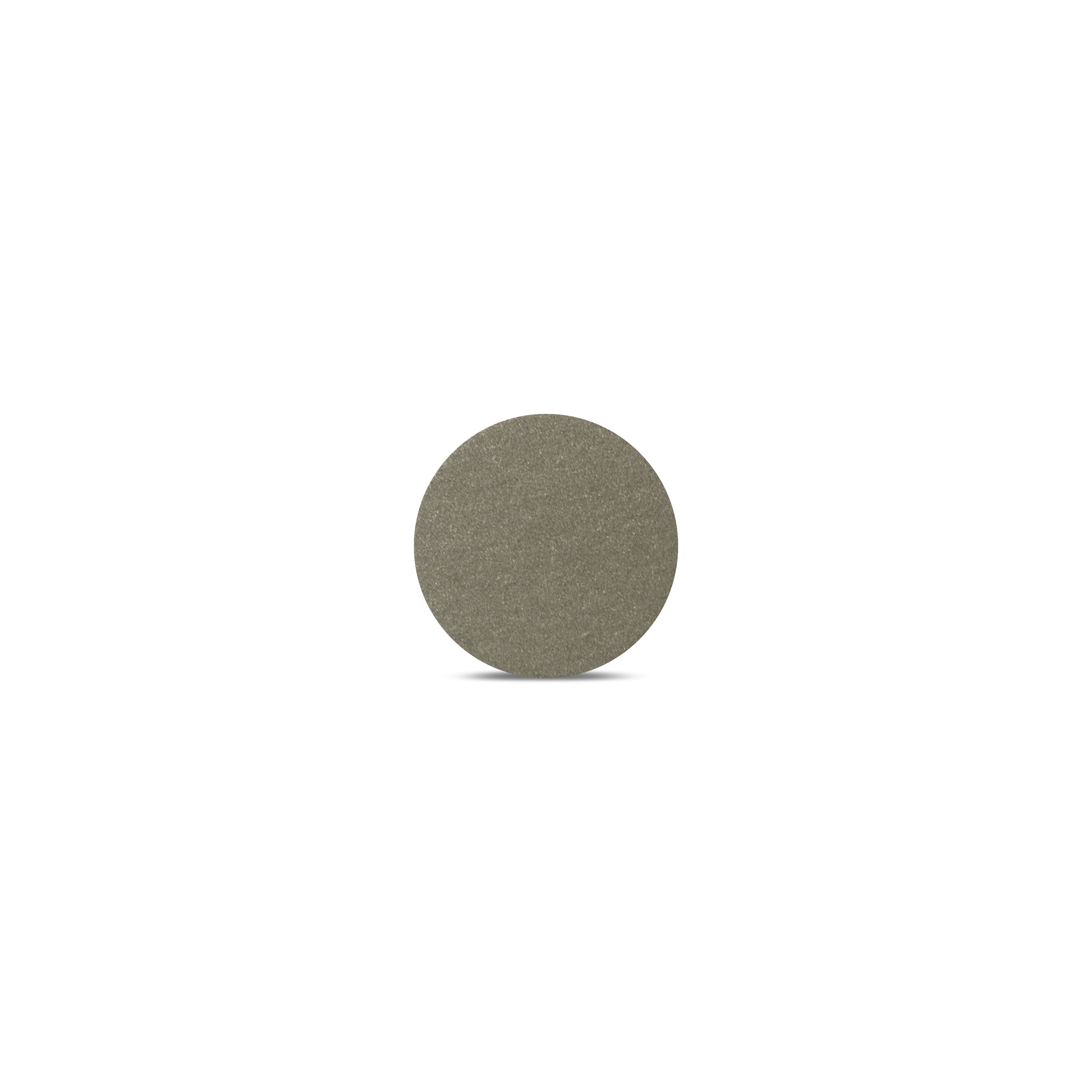 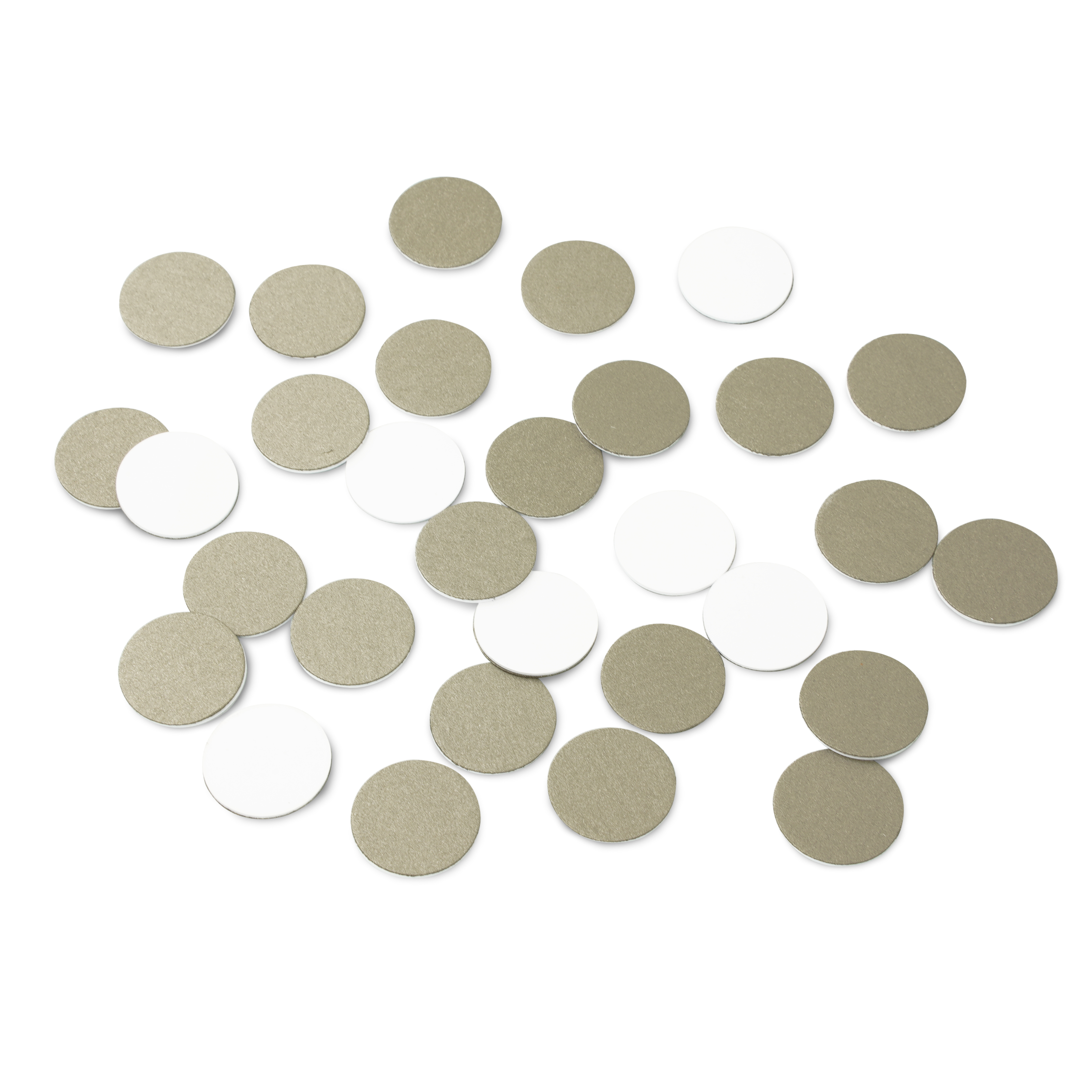 The white NFC coin has a diameter of 20 mm, is made of PVC and is therefore waterproof. The PVC coin has no additional adhesive layer on the back, so it is only suitable for use on metallic surfaces.

The NFC coin PVC is equipped with the original NXP NTAG213 and offers a cost-effective entry into the NTAG21x series. The NXP NTAG21x series impresses with the greatest possible compatibility, good performance and intelligent additional functions. The NTAG213 has a total capacity of 180 bytes (free memory 144 bytes), thereof usable memory in the NDEF 137 bytes. Each individual chip has a unique serial number (UID) consisting of 7 bytes (alphanumeric, 14 characters). The NFC chip can be written up to 100,000 times and has a data retention of 10 years. The NTAG213 has the UID ASCII Mirror feature, which allows the tag's UID to be appended to the NDEF message, as well as an integrated NFC counter that automatically increments during readout. Both features are not enabled by default. The NTAG213 is compatible with all NFC-enabled smartphones, the NFC21 tools and all ISO14443 terminals. 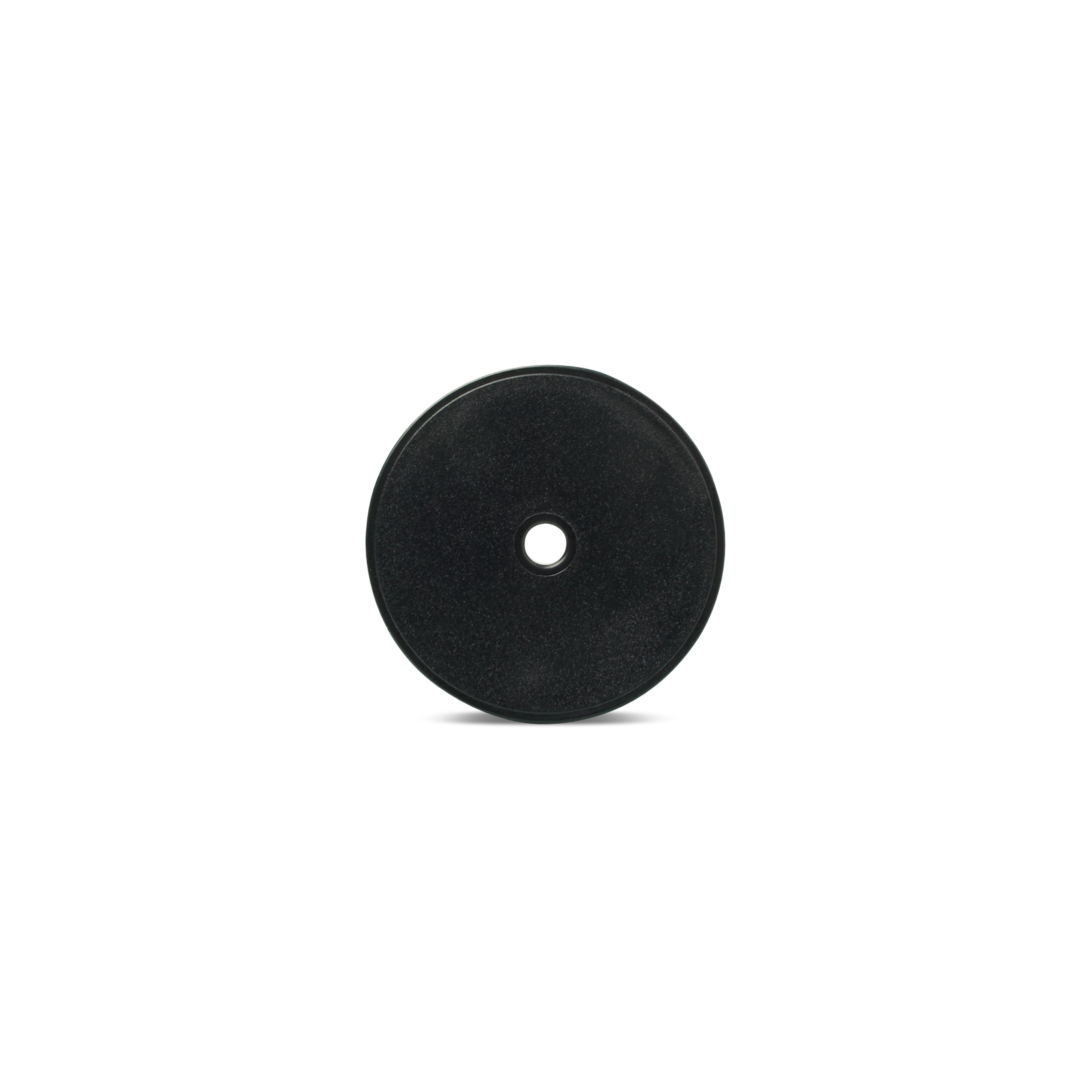 The black NFC coin is durable due to its ABS material and ideally protected against moisture and is therefore ideal for object monitoring or product scanning both indoors and outdo...
From €0.77*
Details 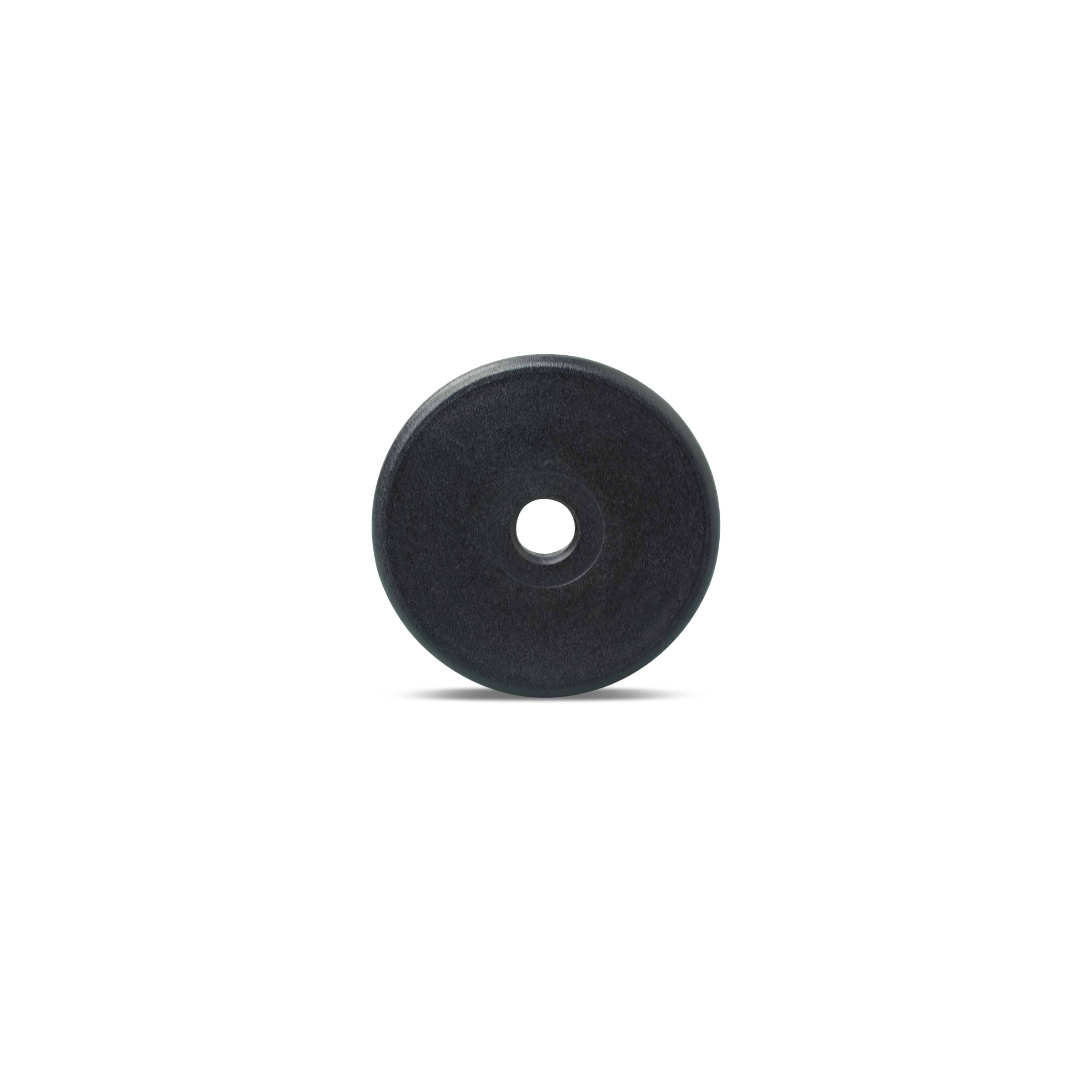 The black PPS coin is fully waterproof and can withstand pressure, heat and chemicals, making it ideal for facilitating the inventory of garments in hotels, hospitals and other ins...
From €1.26*
Details 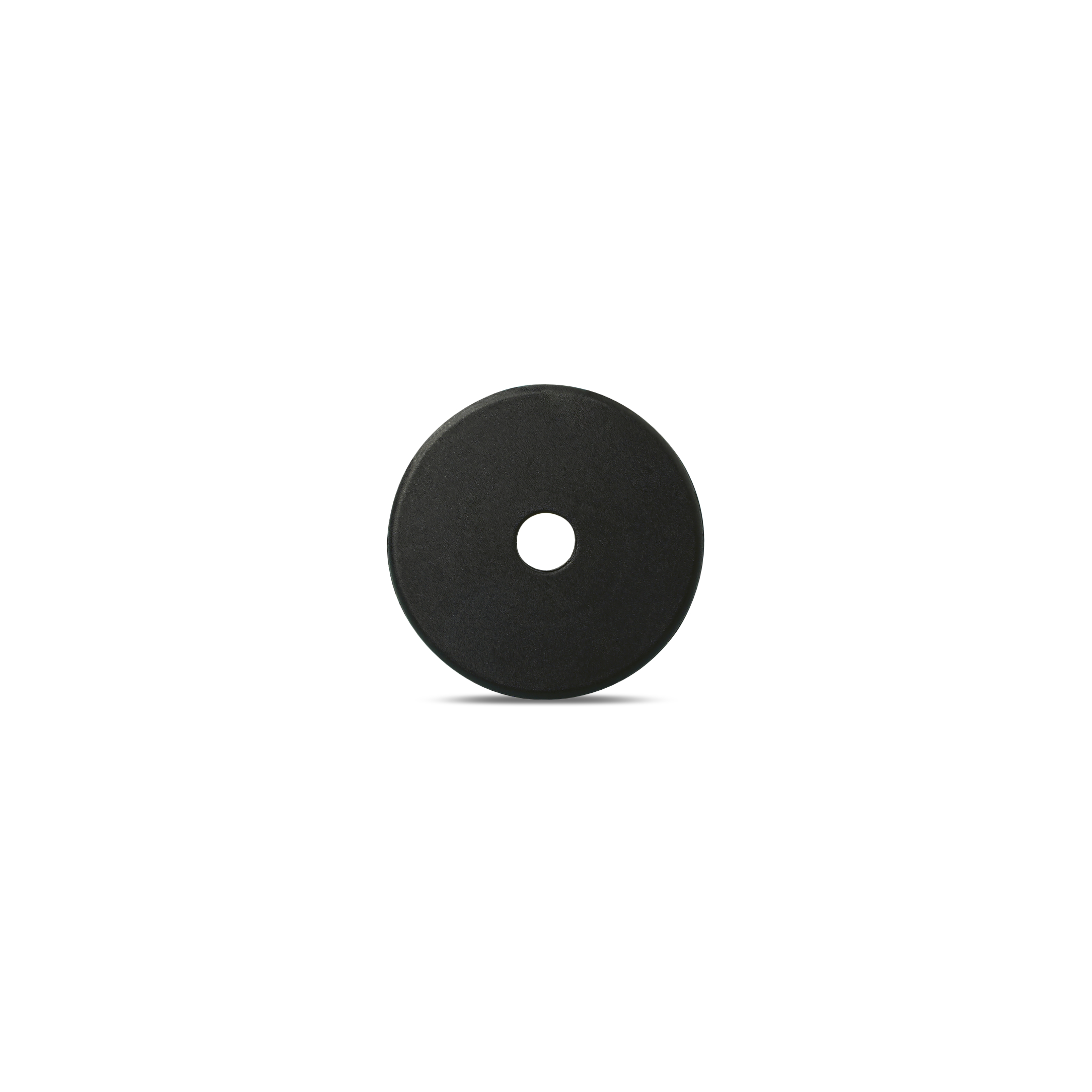 The black PPS coin is fully waterproof and can withstand pressure, heat and chemicals, making it ideal for facilitating the inventory of garments in hotels, hospitals and other ins...
From €1.49*
Details 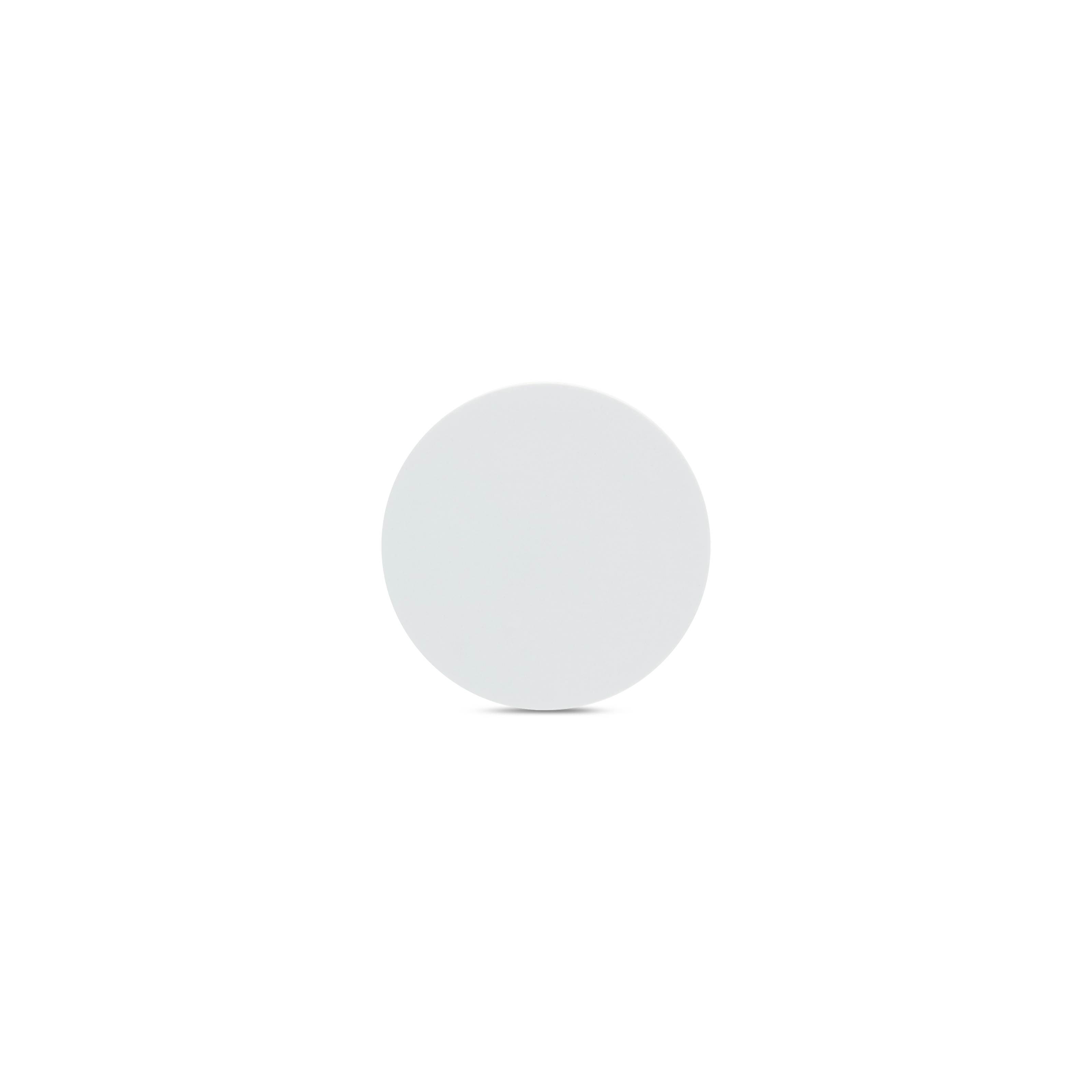 The 25 mm NFC PVC coin is extremely robust due to its material, so that it is very well suited for object protection or product identification in outdoor areas.Short descriptionPVC...
From €0.71*
Details 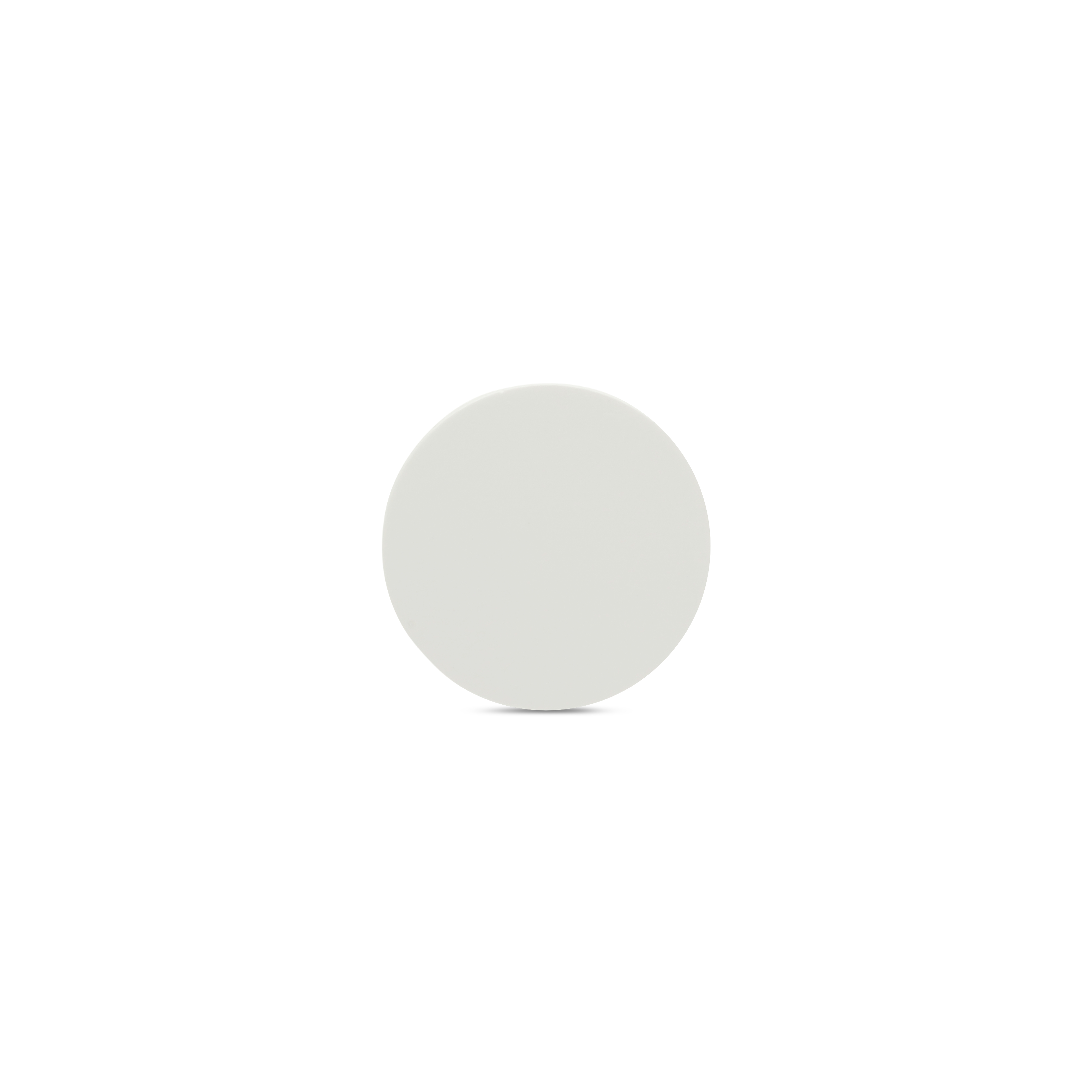 The 25 mm NFC PVC coin is extremely robust due to its material, making it very suitable for outdoor use, e.g. in object protection or product identification.Short descriptionPVC ma...
From €1.05*
Details 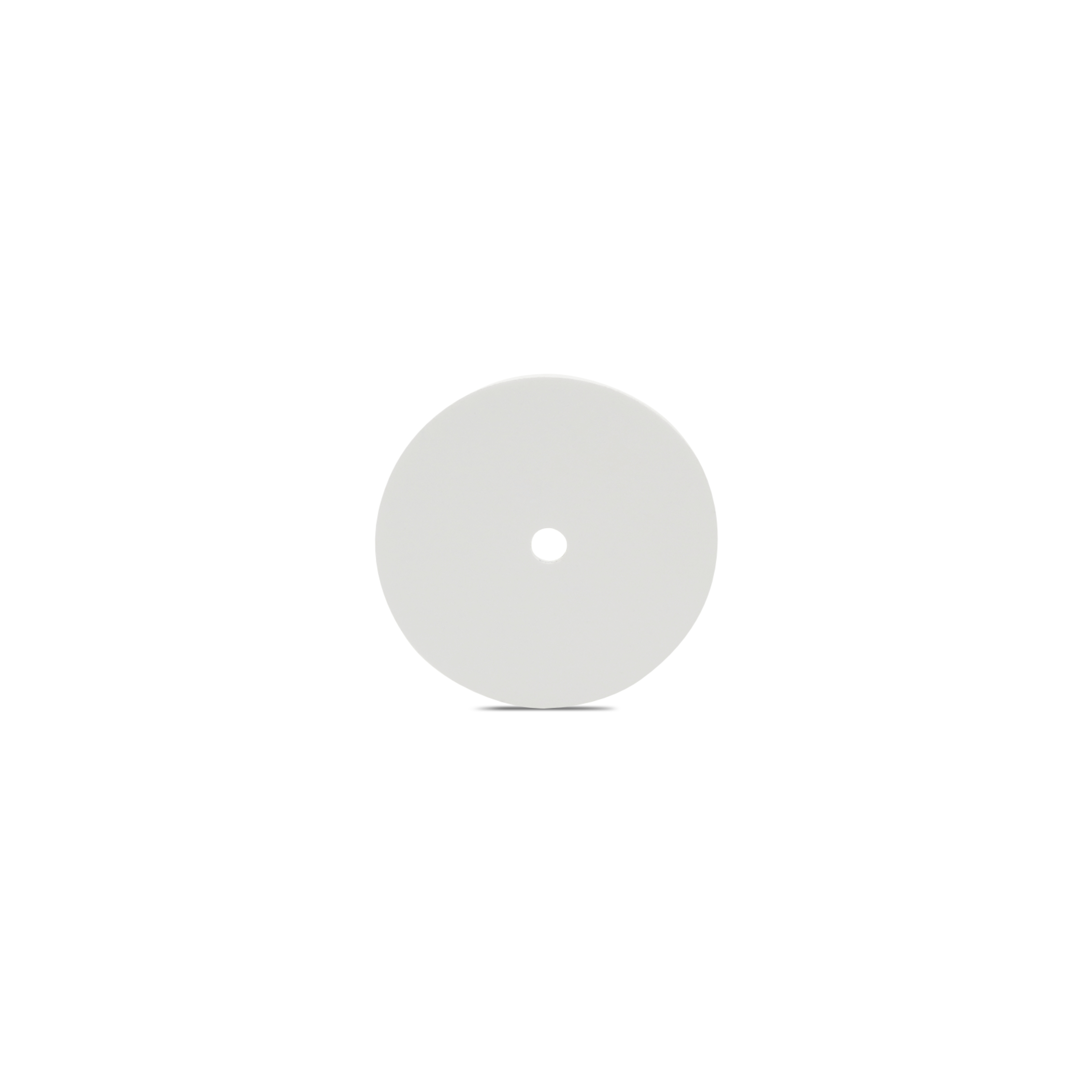 The 28mm perforated NFC PVC sticker is extremely durable due to its material, so it is very suitable for outdoor use for object protection or product identification.Short descripti...
From €0.82*
Details 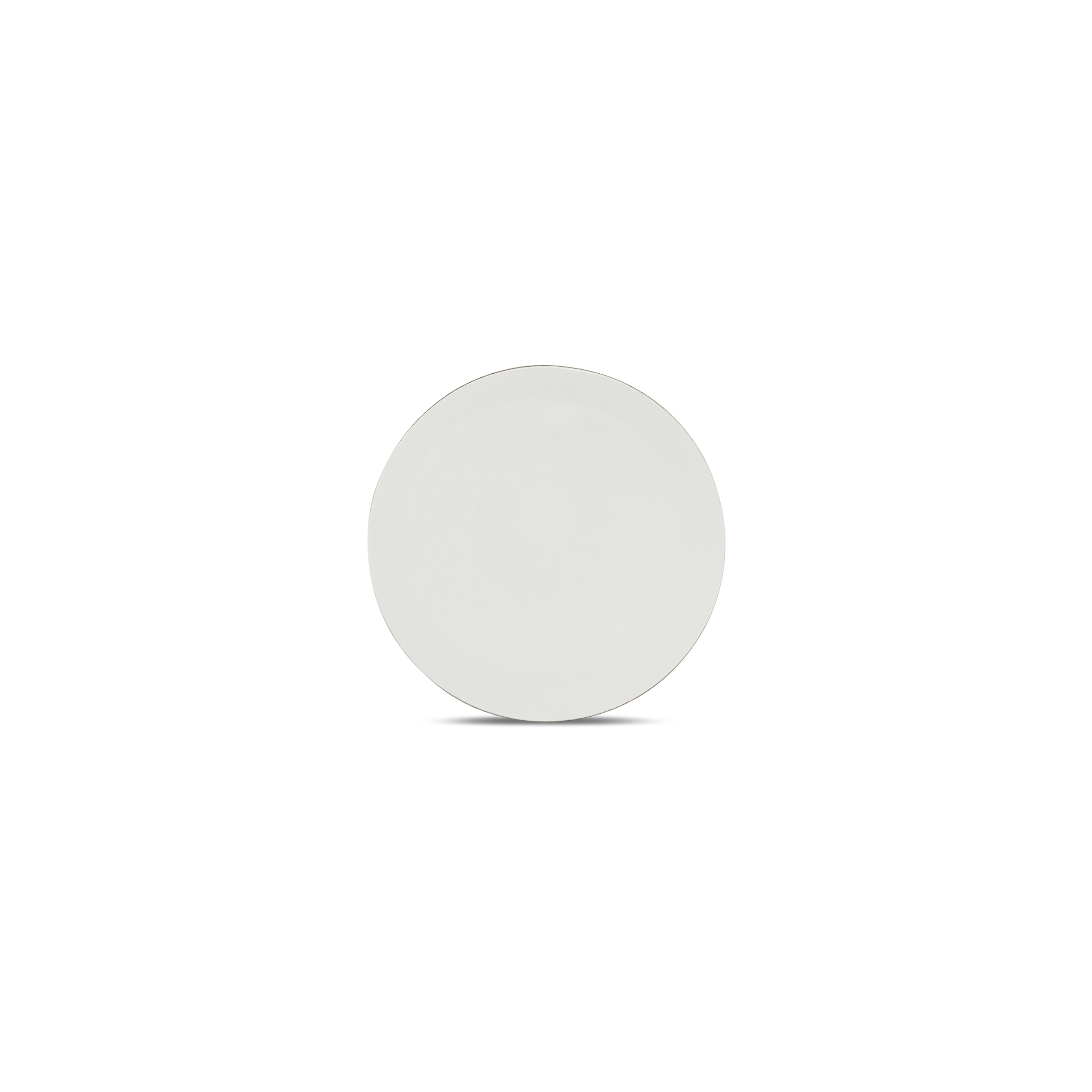 The white NFC PVC coin has a 3M adhesive layer and can therefore be ideally attached to products and objects. Our customers use this NFC coin mainly for product identification as w...
From €0.58*
Details

The white NFC coin made of PVC can be ideally attached to metallic surfaces, both indoors and outdoors, thanks to an additional layer.Short descriptionPVC material, flexible, witho...
From €0.82*
Details